Honor thy father and mother

I get many questions from people all over about their parents and their biblical duty to honor their parents. The funny thing is while the majority of people whom contact me with these questions are in their teens some of them are actually in their 20’s and older. Now this may seem silly to some but we can all relate to the fact that family relationships can be tough and none tougher than that we have with our mothers and fathers.

Before i go on i want to take a second to address a lard part of those who do ask me about this topic (teenagers who feel as though they shouldn’t have to follow their parent’s rules about dating, you absolutely do. And before the wave of emails comes in, yes it also applies if you feel as though your significant other is the one God meant for you to be with. I will be putting up a short little downloadable PDF with more details on this topic because I do receive a lot of questions about it.)

So why is this such a hot topic? The people who ask me about the bibles teachings on child patent relations are doing so for a variety of reasons and with a wide range of motivations but for the most part people are seeking God and his will and when they come up agains the will of their parents they start asking themselves just how to honor both their parents and God. Of course there are some cases where people just plane disagree with their parents and want the bible to back them up. And of course people I think at most ages like to feel as though they are the one in the driver seat and this is something difficult when we feel as though we are always under the control of our parents.

First of all, we will take the scripture that everyone is familiar with, found in Exodus 20:12 and the 5th of the 10 commandments. Honor thy father and mother. So what does it mean to “honor” our parents. There is an illustration of this in Genesis Chapter 9:21 and following. In this passage we see a somewhat bewildering example of how children honor their parents. In this story Noah having had a bit too much to drink, passes out nude. Noah’s son Ham sees this and goes and tells his brothers Japheth and Shem about what was going on. Japheth and Shem grave a blanket and walk it in backwards ad cover their father as to preserve his dignity. When Noah wakes up he curses his son Ham because of how he handled the situation. This is the part most people find bewildering. What exactly did Ham do wrong? The answer is maybe a bit puzzling but the error lay with what he did, you see when he saw his father in a compromising and embarrassing state he went and drew attention to it rather than the actions of his brothers which was to cover him and preserve his dignity and keep him from being embarrassed. Honoring our parents goes further than just obeying them, we can see from this story that honoring them has a bit more of a literal meaning. Obeying them of course is part of it but being genuinely concerned for their honor is a big peace of this as well.

The questions being, “Where is the line?”. What is boundary spiritually and emotionally and of course just in regular day to day life, when is our parents rule is past or considered null?

While I don’t believe that Gods intention was for us to remain children or to have to be micro managed by our parents for the whole of our lives I do think that the bible definitely places much value on the wisdom and guidance of our parents. We can blur the line between obeying and honoring them in our understanding but those are two different things.

Genesis 2:24 tells us that a man leaves his father and mothers home to be joined to his wife, in other words that a child would leave home to start their own family in which case they would become the authority figures in their own home. God shows us here in the word that the system was intended to have children leave and start their own households and be independent however there are many scriptures that teach us that we are still responsible for the care of our parents as they get older. Basically that the parent child relationship isn’t intended to end even though it is meant to change.

Children, obey your parents in the Lord, for this is right.

Children, be obedient to your parents in all things, for this is well-pleasing to the Lord.

My son, observe the commandment of your father And do not forsake the teaching of your mother

Listen to your father who begot you, And do not despise your mother when she is old.

HONOR YOUR FATHER AND MOTHER (which is the first commandment with a promise), SO THAT IT MAY BE WELL WITH YOU, AND THAT YOU MAY LIVE LONG ON THE EARTH.

“Honor your father and your mother, that your days may be prolonged in the land which the LORD your God gives you.

‘Cursed is he who dishonors his father or mother.’ And all the people shall say, ‘Amen.’

He who assaults his father and drives his mother away Is a shameful and disgraceful son.

He who curses his father or his mother, His lamp will go out in time of darkness.

but if any widow has children or grandchildren, they must first learn to practice piety in regard to their own family and to make some return to their parents; for this is acceptable in the sight of God.

But if anyone does not provide for his own, and especially for those of his household, he has denied the faith and is worse than an unbeliever.

Train up a child in the way he should go, Even when he is old he will not depart from it. 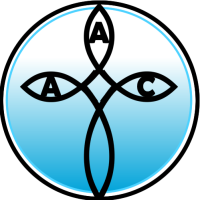